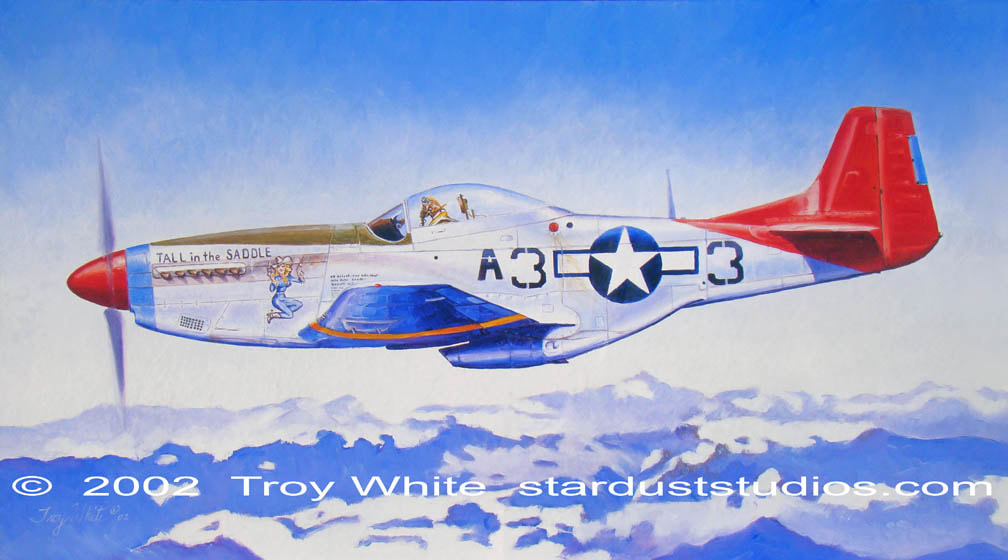 "Tall in the Saddle" was the P-51D Mustang assigned to Captain Wendell M. Lucas of the 99th FS, 332nd FG in 1945. When Lucas completed his combat tour this Mustang was assigned to Lt. George Hardy. Lucas remained in Italy with the Group and shortly after the end of hostilities, on 22 June 1945 Captain Lucas assumed command of the "Fighting 99th". Lucas was born in 1920 and hailed from Fairmont Heights, Maryland He graduated with Class 44-E at Tuskegee Army Airfield. Wendell died in 1966 and is buried in Sec: 35, Site: 3465, Arlington National Cemetery, Arlington Virginia. 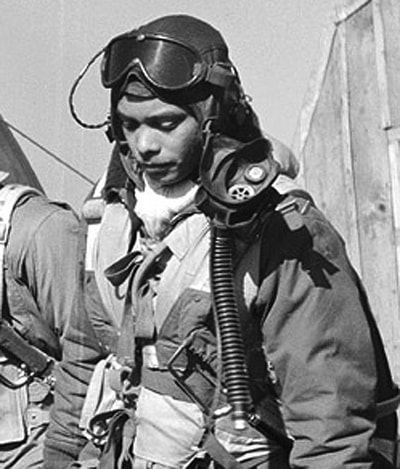 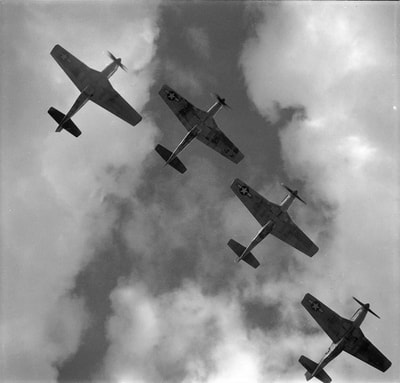 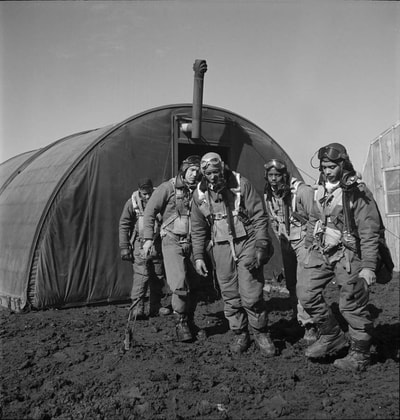 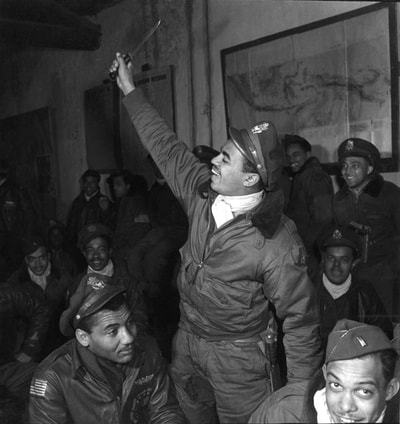 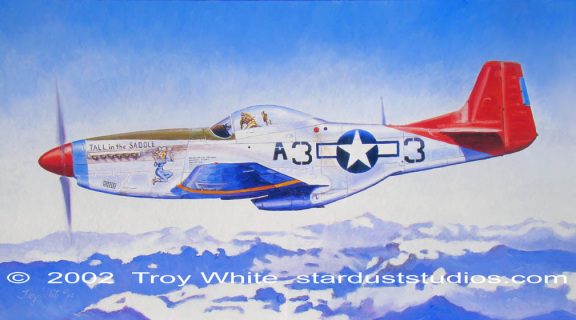 Tall in the saddle

This painting is one part of a quadriptych featuring one plane of each of the four squadrons which made up the all black 332nd Fighter Group- the famed Tuskegee Airmen, America's Fighting Red Tails. Captain Wendell Lucas of the 99th Fighter Squadron cruises over the Alps in his P-51D “Tall in the Saddle". A3-3 was reassigned to Lt. George Hardy after Lucas completed his tour.