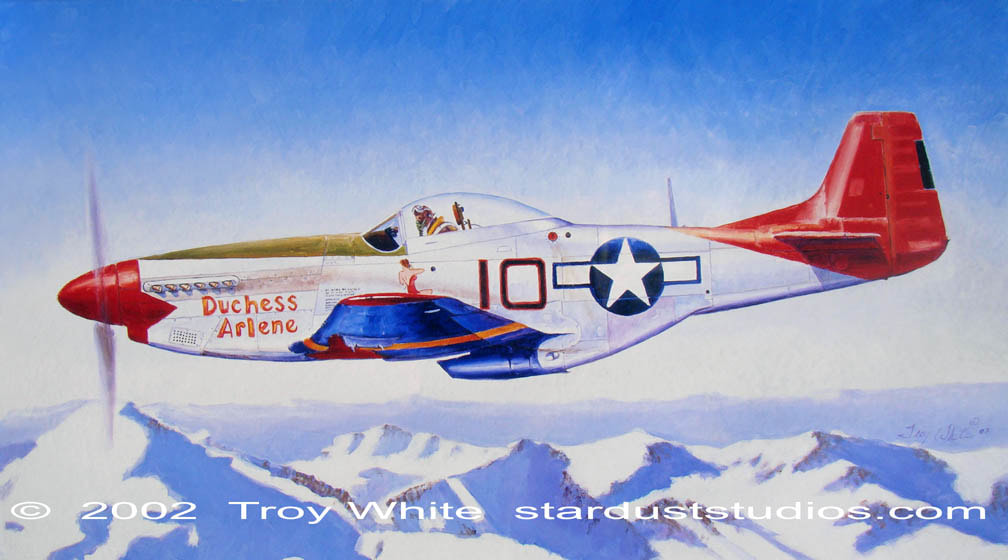 Robert W. Williams was born in Ottumwa, Iowa on September 21, 1922. His father became a pilot and encouraged his sons to learn. They were three of only 102 black licensed pilots in the USA at that time. After Pearl Harbor, Bob attempted to enlist in the Army Air Corps but was turned down because he was black. He persisted and when the "Tuskegee Experiment" got underway he was admitted to the program. He graduated third in his class. and joined the 100th Fighter Squadron of the 332nd Fighter Group. On 31 March 1st Lt. Williams used "Duchess Arlene" to shoot down two NAzi FW-190 fighter planes during an escort mission to Germany. Here is the report from that day:

In 1952, Bob wrote down his experiences as a fighter pilot and for 43 years attempted to find a Hollywood venue for it. Finally his story was picked up by HBO and in 1995 the movie "Tuskegee Airmen" aired. Los Angeles Times television critic Howard Rosenberg called "Tuskegee Airmen" "the latest in a string of historical pearls." It starred Laurence Fishburne, Cuba Gooding Jr. and Andre Braugher. Fishburne played Hannibal Lee, a character loosely based on Williams. 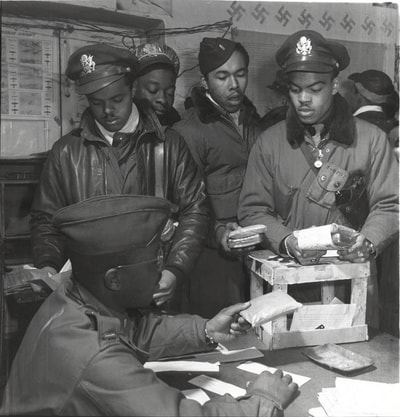 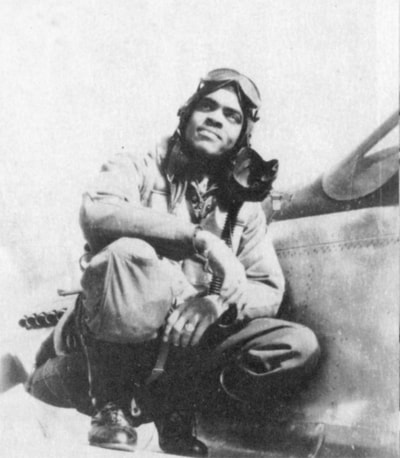 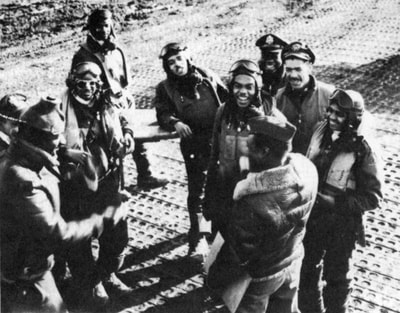 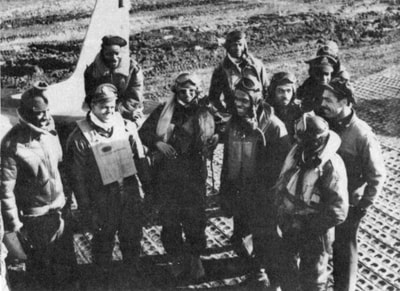 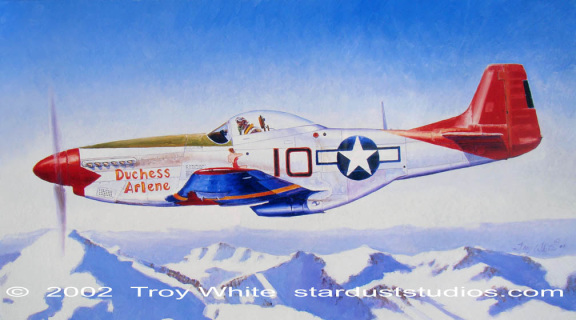 This painting is one part of a quadriptych featuring one plane of each of the four squadrons which made up the all black 332nd Fighter Group- the famed Tuskegee Airmen.“Duchess Arlene" was a P-51D assigned to Lt. Robert W. Williams of the 100th FS, 332nd FG in 1945. Williams shot down one of the Luftwaffe's Me 262 jet fighters on 24 March 1944 and on 31 March 1944 shot down a pair of Fw 190s.