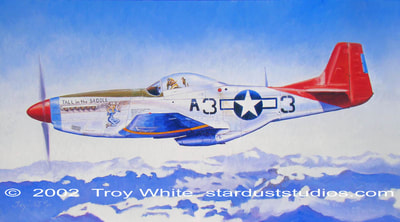 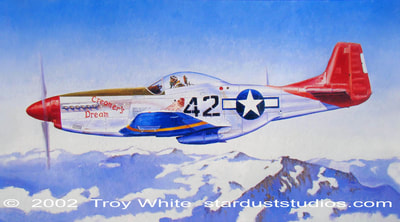 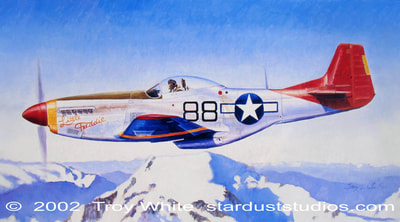 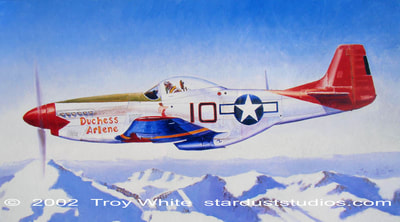 A quadriptych featuring one plane of each of the four squadrons which made up the all black 332nd Fighter Group during the Second World War - the famed  Red Tails also know as the Tuskegee Airmen. The four P-51D Mustangs are depicted cruising over the Alps. We are offering the quadriptych unmounted or mounted on frames and ready to hang.

Tuskegee Airmen Quadriptych: The four separate Tuskegee Airmen profiles which comprise the Quadriptych purchased as a bundle – unmounted and shipped rolled in tube. Price includes shipping to the contiguous USA.