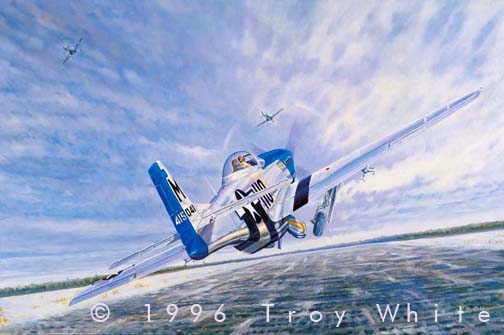 An instant after rotating, Lt.Colonel John C. Meyer is seconds away from his first kill of New Year’s Day, 1945, as he readies for a head-on encounter with an incoming FW-190. Meyer, with his foresight and ability to anticipate the enemy’s next move, lead the 487th FS of the 352nd FG to a decisive victory 24 - 0 over JG 11 at Asch, Belgium, that day. JG 11 was taking part in "Operation Bodenplatte". Which was a surprise attack by all available Luftwaffe fighter units against allied air bases on the European continent.

The 352nd FG was scheduled to fly a bomber escort mission on New Year’s Day. The night before, Lt. Colonel John C. Meyer asked for permission to fly a local patrol along the front before the escort mission to clear the air of any enemy planes that were in the vicinity. He was first denied his request, but was later granted permission. Twelve planes of the 487th FS were readied for the early morning mission. JC, leading the Squadron, took off into the first wave of enemy fighters. Despite the fact that the airfield was under attack all 12 blue nosed Mustangs made it off the ground safely. Meyer's hunch had paid off.

After scoring his first victory of the day in "Petie 3rd" HO-M, Meyer latched on to a second Focke Wulf fighter and chased it all the way to Liege before shooting it down. His performance in the "Legend of Y-29" battle earned him his third Distinguished Service Cross.

A few days lt. Lt. Col. Meyer was seriously injured in an automobile accident and saw no further combat during WWII. After the war JC remained in the Air Force. He was CO of the 4th FIW when they deployed to Korea in the autumn of 1950. He shot down two MiGs and damaged a third to bring his score to 26. Attaining the rank of General by 1959, Meyer would earn four stars and be in charge of the Strategic Air Command before he retired in 1974. 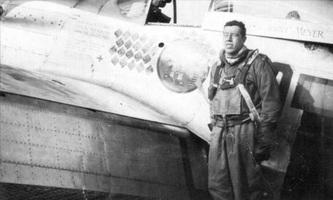 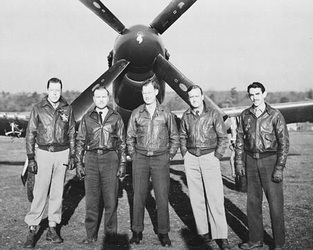 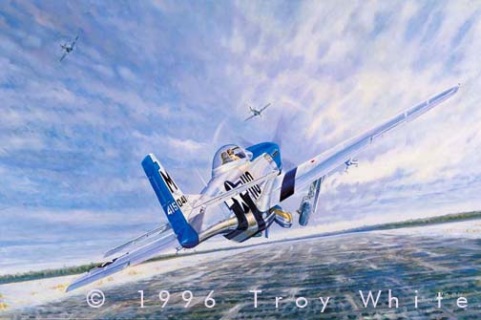 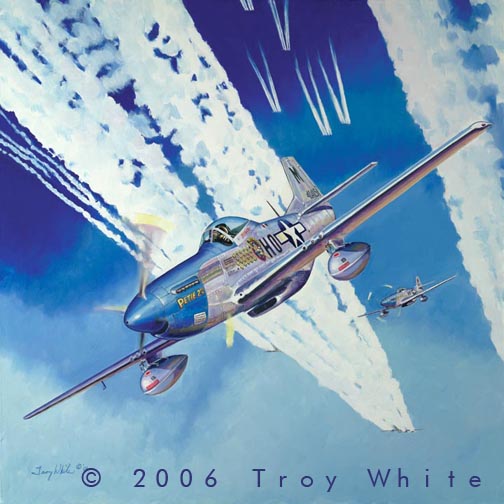 This painting depicts Lt. Col. J.C. Meyer leading the 487th FS on a mission during September of 1944. Meyer was the highest scoring ace in the 8th Air Force during WWII with  a total of 37 victories (24 aerial and 13 ground).

Lt. Col. J.C.  Meyer joined the USAAF in 1939 and after a stint as a flight instructor flew P-40s on North Atlantic convoy patrol duties out of Iceland. He returned to the states in 1943, was assigned to the 352nd FG and began training for combat in the P-47 Thunderbolt as CO of the 487th FS. The 352nd FG deployed to England and began flying missions in September of 1943. Meyer was the first pilot in the group to score a victory when he downed an Me 109 and probably destroyed a second on November 26, 1943. 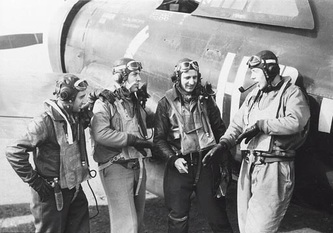 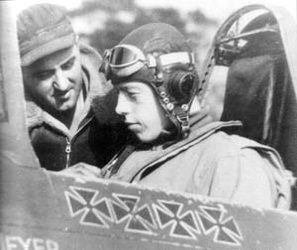 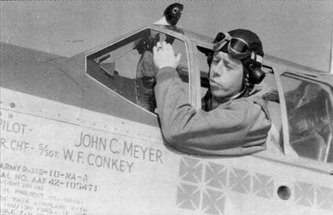 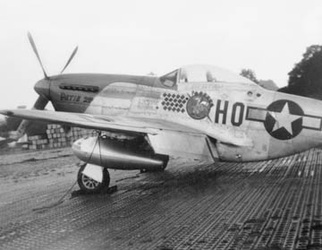 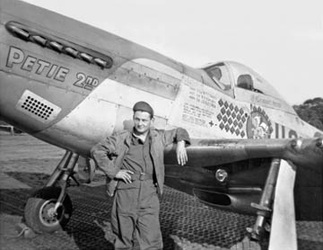 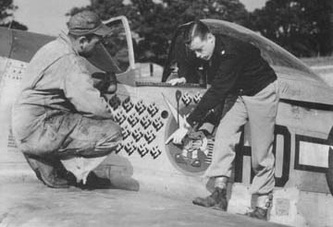 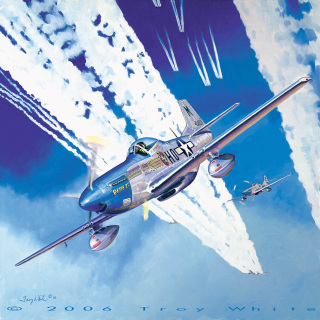