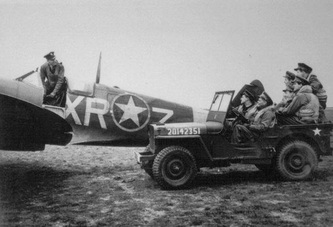 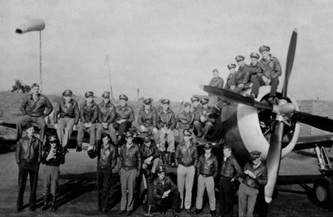 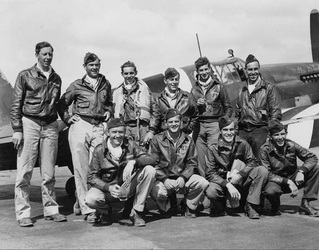 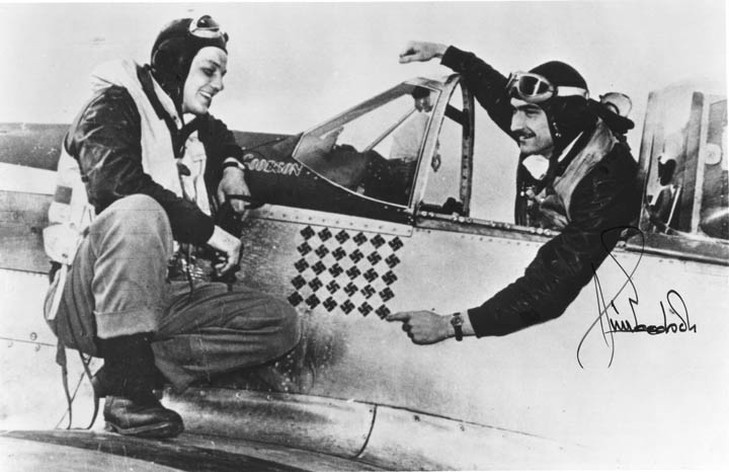 The 4th Fighter group was born out of the three American Eagle Squadrons Nos 71, 121 and 133. These squadrons were made up of American pilots who made their way to England to fly and fight with the RAF against the Luftwaffe before America entered WWII.
In September of 1942 the three squadrons were officially turned over by the RAF to the fledgling 8th Air Force and became the famous 4th Fighter Group. The three squadrons were then renamed the 334th, 335th & 336th. With over 1000 Nazi aircraft destroyed the 4th FG was the highest  scoring American unit in Europe during the war.
Five years later the 4th now designated as the 4th Fighter Interceptor Wing was the first American unit to take the new F-86 Sabre into combat against the MiG 15 fighters being flown by Communist Chinese, Russian and North Korean pilots. When the conflict ended in the Summer of 1953 the 4th FIW was once again the highest scoring USAF outfit accounting for 54% of all enemy aircraft destroyed. Hence the motto "Fourth but First". 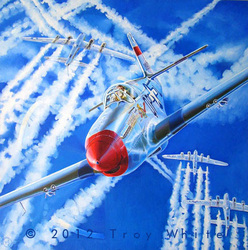 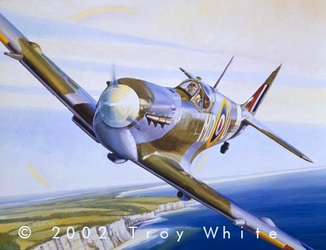 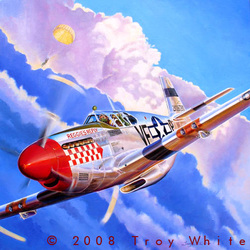 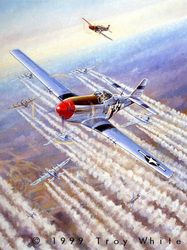 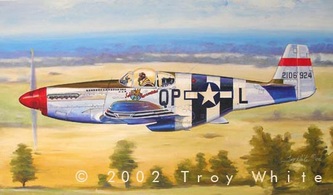 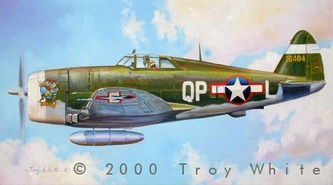 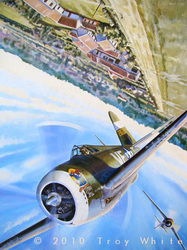 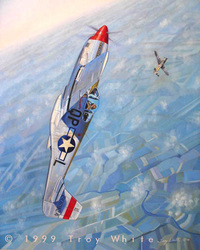 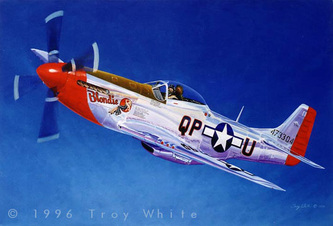 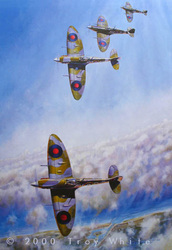 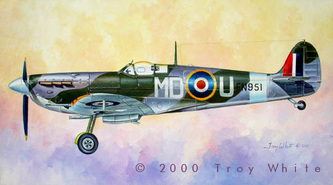 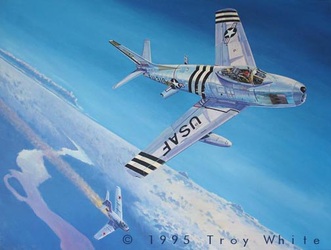 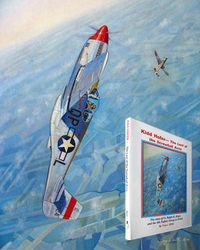 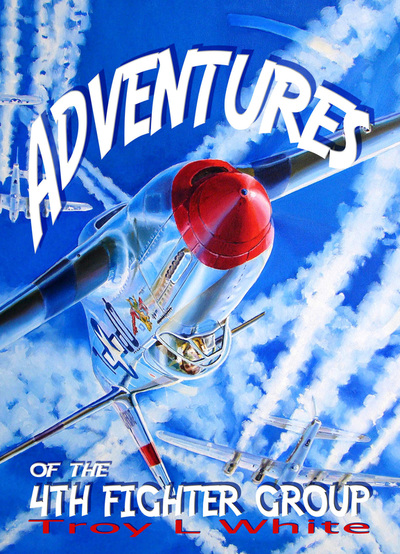 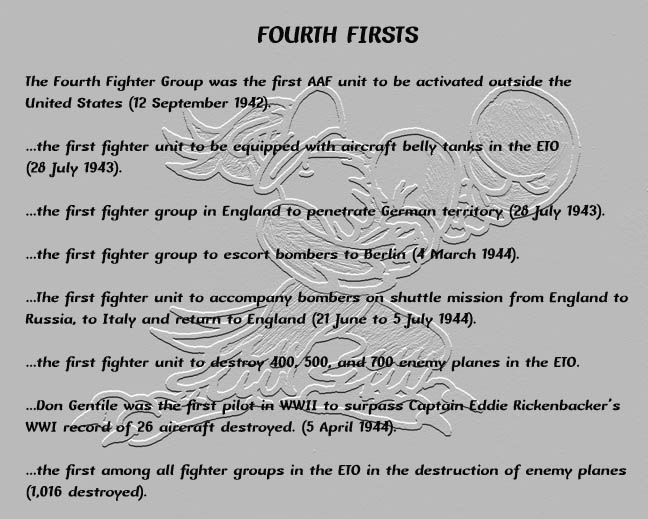