The Bluenosed Bastards of Bodney 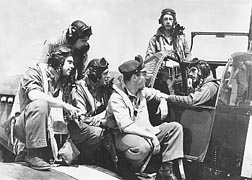 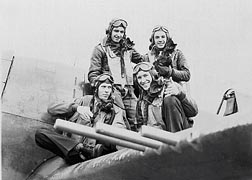 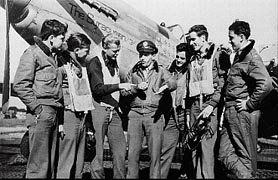 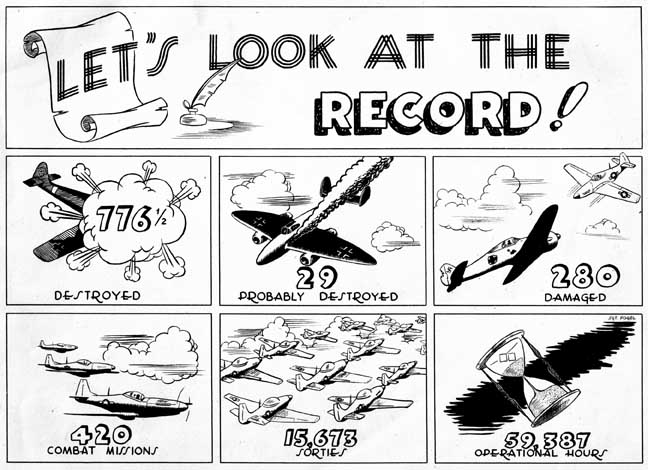 The 352nd Fighter Group was activated on October 1, 1942 at Mitchell Field, Long Island, New York. The Group began to train on the P-47 Thunderbolt in March of 1943 and in July of that year was sent to England. Upon arrival the unit was sent to Bodney, AAF station 141. The 352nd operated from this base from July 8, 1943 until December 23, 1944 when the aircraft pilots and ground crews were sent to Asch, Belgium during the Battle of the Bulge. On January 23, 1945 the Group moved to Chievres, Belgium and remained there until April 13, 1945 when it returned to Bodney. The group produced 29 aces with five or more aerial victories. They lost 118 aircraft with 41 pilots killed and 33 missing.

The 352nd FG flew the P-47 from its first combat mission on September 9, 1943 until it completed its transition to the P-51 Mustang in April of 1944. When the Mustangs had their noses painted blue for easy recognition, the Group was dubbed the "Bluenosed Bastards of Bodney". The Group was awarded a Distinguished Unit Citation for its role in the May 8, 1944 escort mission to Brunswick, Germany when it destroyed 27 enemy aircraft. On November 2, 1944 the Bluenosers shot down 38 German planes. This was the the second highest single day score turned in by an 8th AF fighter group during WWII. Additionally, the 487th FS was the only 8th AF Squadron to be independently awarded a Distinguished Unit Citation. They received the award for their role in the epic battle that unfolded over their home base at Asch, Belgium on January 1, 1945. The Squadron destroyed 23 German fighters that morning with no losses of their own.  Photos copyright ©352nd FG Association via Sam Sox . Used with permission. 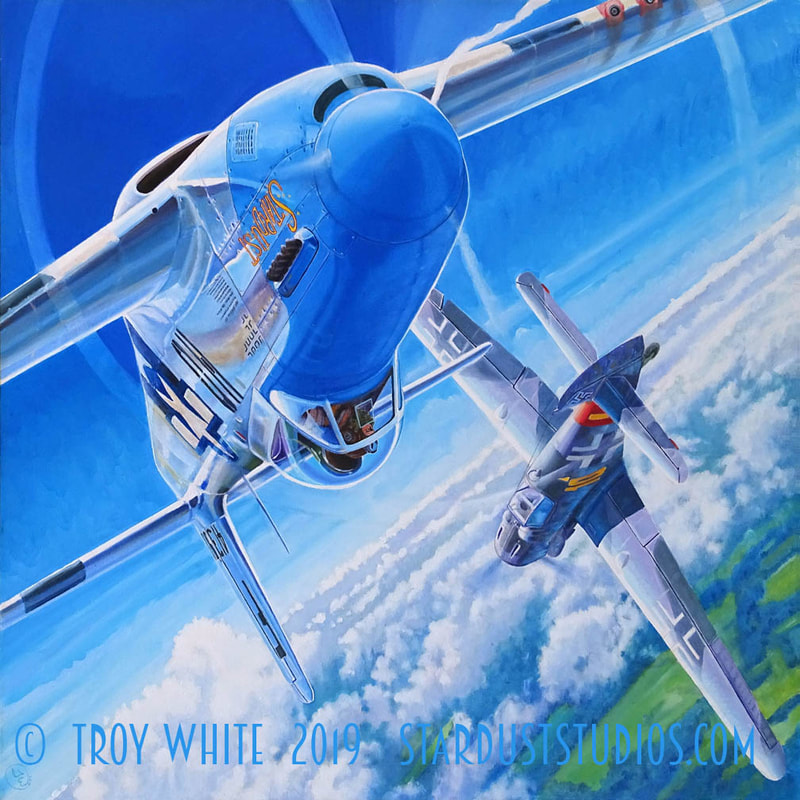 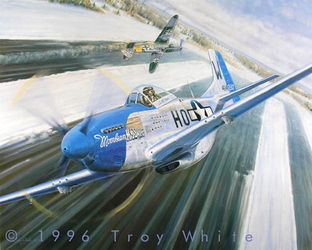 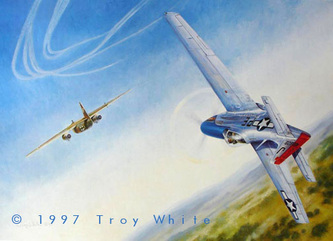 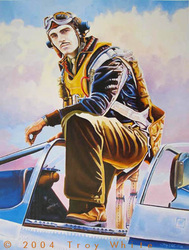 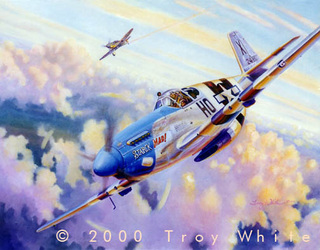 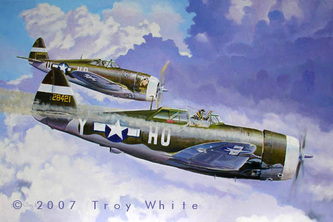 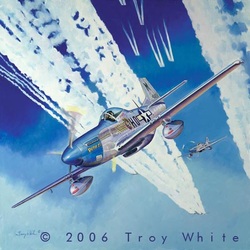 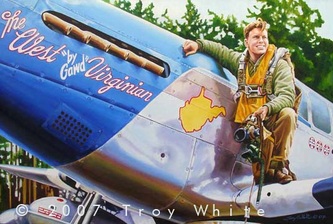 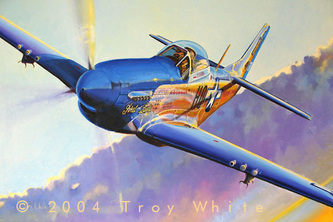 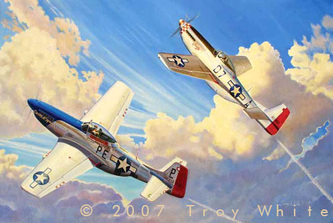 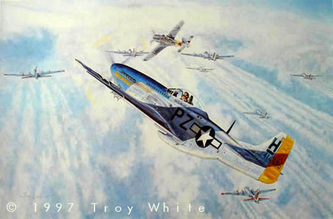 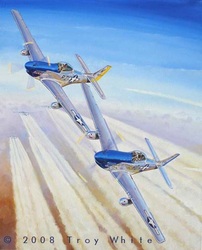 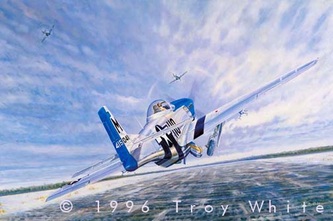 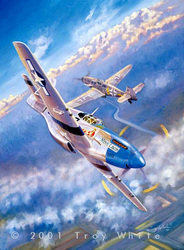 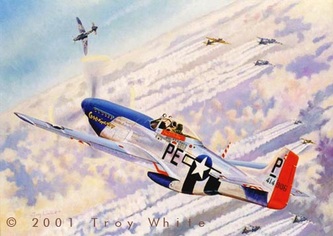 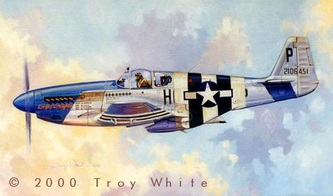 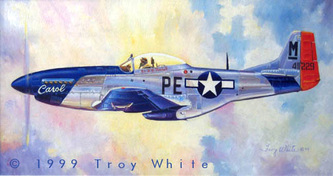 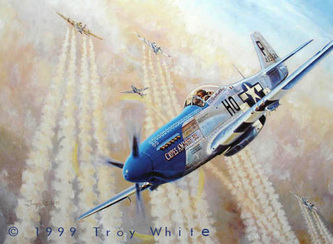