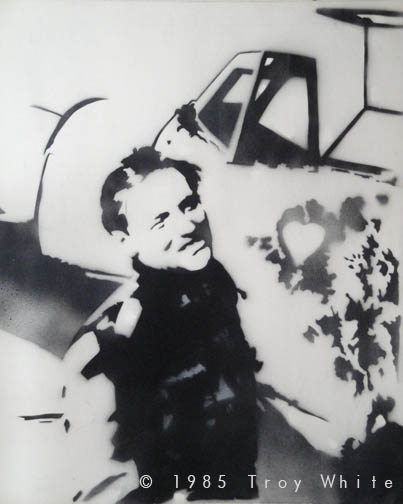 Erich Hartmann is the highest scoring ace of all time.

Erich Hartmann was born on 19 April 1921 at Weissach in Württemberg, Germany. As a child Erich spent four years in China where his father worked as a doctor, the family returned  to Germany in 1928.  Hartmann learned to fly gliders in high school and obtained his pilot’s license in 1939. He joined the Luftwaffe in October 1940 and graduated from flying school in February 1942. After graduation he was posted to JG 52 on the eastern front flying against the Soviets. Hartmann spent the rest of the war with JG 52 and flew 1,404 combat missions engaging in aerial combat 825 times and amassed  352 victories in air-to-air combat making him the undisputed highest scoring ace of all time. Three hundred and forty five of his victories were scored against the Soviet Air Force. Erich's preferred technique in combat was to close in to a distance of 20-25 meters before firing at at his opponent at point blank range.  During his three years in combat Hartmann was never shot down but was forced to crash-land fourteen times due to damage received from flying through the debris of his victims. He was forced to bail out once when he ran out of petrol while engaged in combat with USAAF Mustangs of the 15th Air Force. Hartmann claimed at least six P-51s during several encounters with Americans while defending Romanian oil fields in the summer of 1944.

Erich had a black tulip design painted on the nose of his Messerschmitt and became known to the Soviets as the "Black Devil of the Ukraine". On 24 August 1944 Erich Hartmann shot down eleven Soviet LaGG and P-39 fighters to surpass the 300 victory mark. The next day he was personally presented the Diamonds award to his Knight's Cross by Adolph Hitler he was one of only 27 German soldiers in World War II to receive the Diamonds.

Erich finished the war as Gruppenkommandeur of I./JG 52. He scored his last victory on 8 May 1945 over Brno, Czechoslovakia when he shot down a Soviet Yak-9 which was performing aerobatics for the Soviet troops below. After landing Major Hartmann and his men destroyed their Messerschmitts,  Hartmann then surrendered his unit to members of the US 90th Infantry Division. On 24 May the Americans turned Erich, his pilots and ground crews over to the Soviets. Erich spent the next 10 years in Soviet prison camps until being released on 15 October 1955.

After returning to freedom Hartmann reentered military  and became an officer in the West German Air Force, where he commanded West Germany's first all-jet fighter unit, Jagdgeschwader 71 "Richthofen", which was equipped with the F-86 Sabre jets. Erich had  JG 71's Sabres painted with the same  black tulip design used by Karaya 1 on the Eastern Front. JG 71 eventually transitioned to the Lockheed F-104 Starfighter against Hartmann's objections.  He considered the Starfighter to be an unsafe aircraft and there were allegations of bribery in the what came to be known as the Lockheed Scandal.  Lockheed had bribed the West German Minister of Defense $10 million to insure the purchase of 900 F-104 fighters.  The F-104 was adopted and its operational record bore out Hartmann's fears as there were eventually two hundred and eighty two crashes resulting in one hundred eighteen German pilots being killed in non-combat accidents. Erich refused to be a "good soldier" and tow the line. Eventually his criticism got him into trouble with his superiors. General Werner Panitzki, successor to General Josef Kammhuber as Inspekteur der Luftwaffe, said, "Erich is a good pilot, but not a good officer." Hartmann was forced to resign his commission in 1970. In 1971 the US government bailed out Lockheed to the tune of $195 million dollars. In 1995 and 1996 a resulting Senate investigation revealed that Lockheed had also bribed the Netherlands Italy and Japan. That Lockheed is still in business today is testament to the strength of the "good 'ole boy" network within the US military industrial complex. Erich Hartmann continued flying and instructing in civilian life and eventually passed away in 1993 at the age of 71.

The Black Devil of the Ukraine 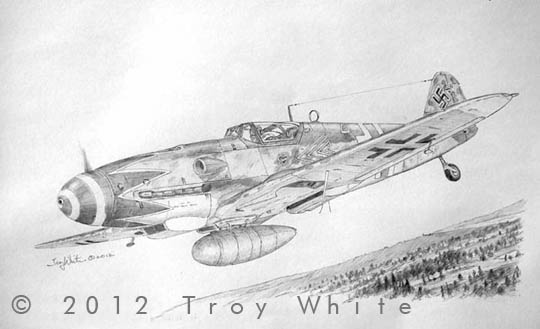 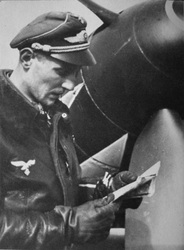 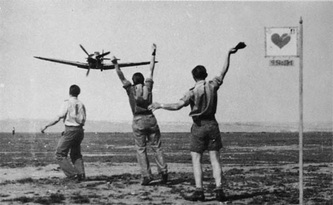 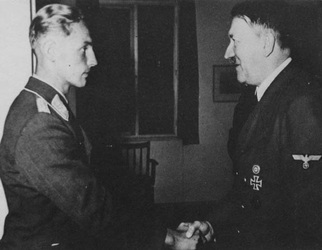 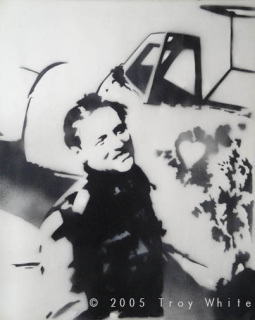