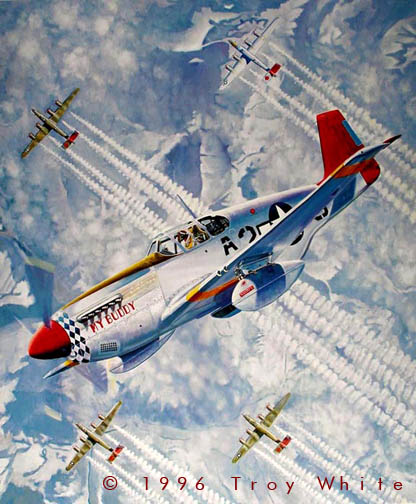 The 99th FS was the original unit of "Tuskegee Airmen" -- the first all black fighter pilot squadron in the U.S. Army Air Force. Bailey was one of only 450 black pilots who saw action during the war. The Fighting 99th Fighter Squadron was assigned to the U.S. Army’s 12th Air Force in North Africa. The squadron was initially attached to the  all white 33rd Fighter Group and utilised in the ground attack role. Ahead of the Allied invasion of Sicily the 99th was attached to another all white unit, the 324th FG and for the first time started flying bomber escort missions in July 1943. In June of 1944 the 99th was absorbed into the 332nd Fighter Group which was made up of the 100th, 301st and 302nd all black fighter squadrons.

Charles Bailey was the first black aviator from Florida to become a Tuskegee Airman. He is credited with two aerial victories, a Focke-Wulf-190  in “Josephine,” a P-40 Warhawk named for his mother, and later a Messerschmitt Me 109 in “My Buddy,” a P-51 Mustang named for his father.
Bailey scored his first of two victories while covering the allied amphibious landings at Anzio, Italy. “At 1425 hours  on the afternoon of Jan. 27, 1944 Lt. Bailey caught an FW-190 headed in the general direction of Rome with a 45-degree deflection shot. The pilot was seen to bail out.”

The Fighting 99th converted to the P-51 in July 1944. Ten days after checking out in the new fighter Lt. Bailey splashed an Me 109. The date was July 18th and the 99th Fighter Squadron was on its second combat mission as part of the 15th Air Force. During that mission the Red Tails of the 332nd FG knocked down Twelve enemy fighters. Capt. Edward L. Toppins and Lt. Charles P. Bailey were the only pilots from the 99th to score victories that day destroying one enemy fighter apiece. Lt. Bailey flew a total of 133 missions in the MTO. Bailey received the Air Medal with four Oak Leaf Clusters and was awarded a Distinguished Flying Cross on May 12, 1945. 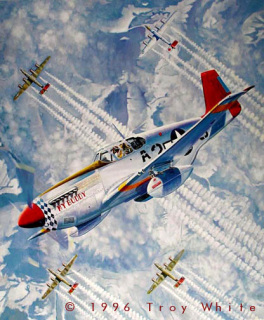 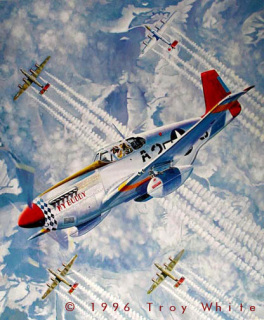 A Rare Multiple Signature Edition of "The Shepherd". A total of only 36 prints were signed by six additional Tuskegee Airmen in 2001. Number of prints remaining as of 5 November 2018: 11.These prints can only be purchased through this website. 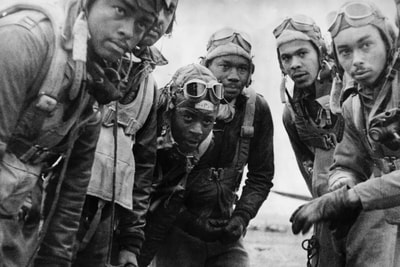 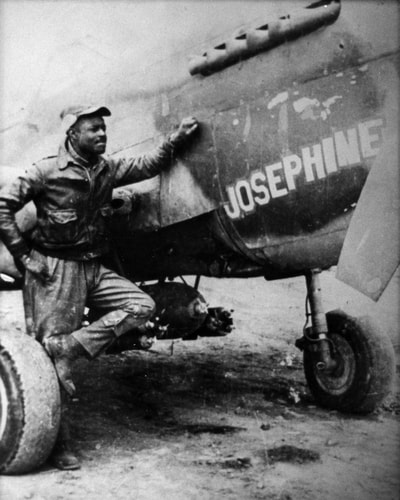 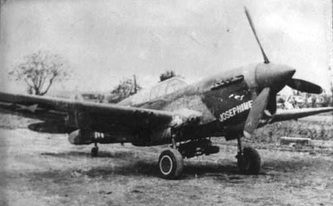 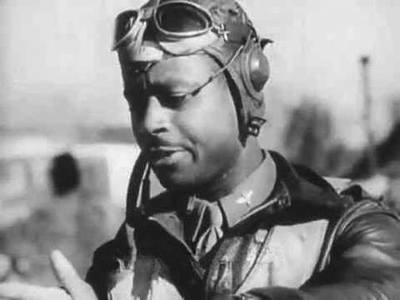 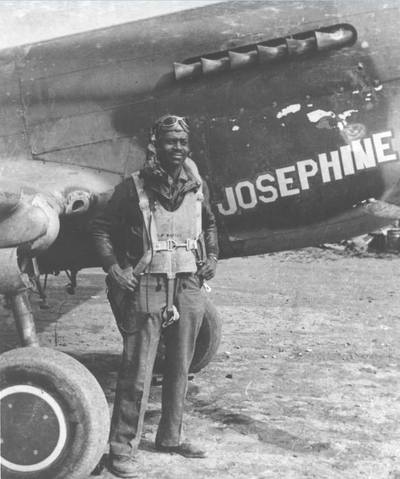 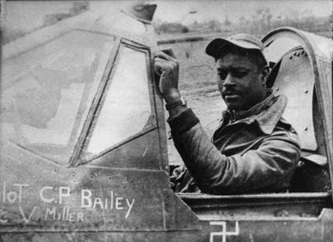 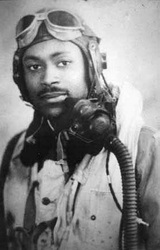 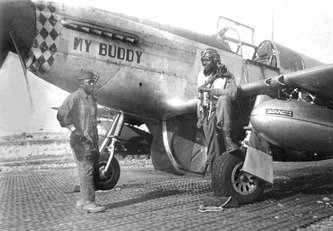 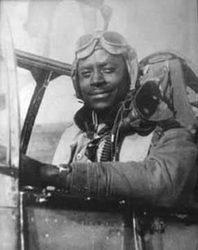