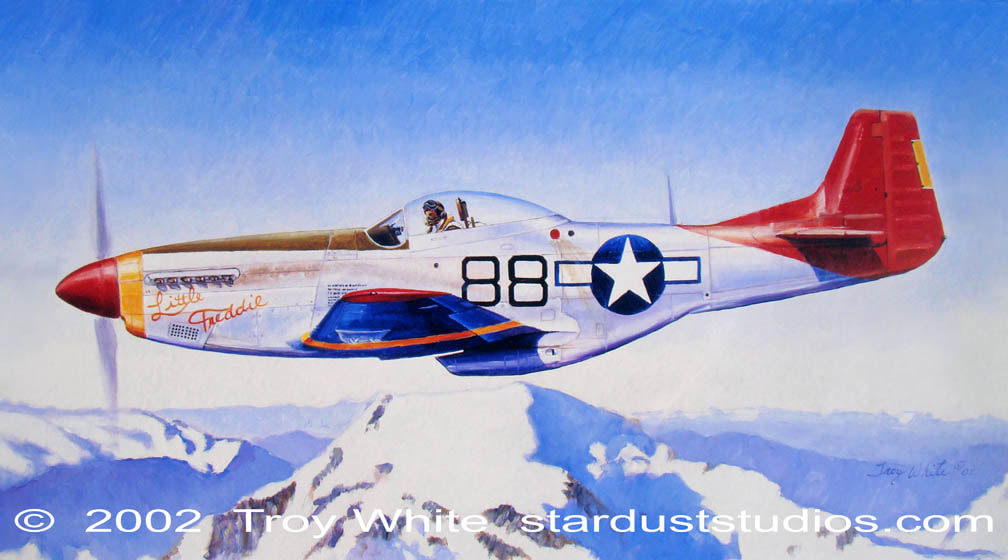 Fred Hutchins destroyed his first enemy plane during a mission to escort B-24s of the 47th Bombardment Wing to Markendorf Airdrome on 26 July 1944. A month later, on 30 August 332d Fighter Group strafed Grosswardein Airdrome in Rumania and claimed 83 enemy aircraft destroyed on the ground (332d Fighter Group mission report number 67)  46 pilots were credited with the 83 kills: Hutchins got four of them.

On 6 October Hutchins was shot down by flak. In preparation for the Allied invasion of Greece the 332d Fighter Group strafed enemy aerodromes in Tatoi, Kalamaki, Eleusis, and Megara Aerodromes in Greece. Hutchins and the rest of the 302nd Fighter Squadron was sent to Megara.  Upon arrival the aerodrome looked deserted to the American fliers but when they made their first pass it was evident there was still someone home.

"We were just approaching the target and I was flying with Lt. (James) Wilson on his first mission. As we approached the target run, I told Wilson to start his run. However, it being Wilson's first mission, he became excited and was slow in opening up his plane. This retarded my run and cut down my speed. As I pulled up off the target, I was hit by a volley of flak. I looked to my right and saw that my right wing tip was torn off completely. Looking back I noticed my tail assembly was practically shot apart. At this time, flak was hitting my ship pretty consistently. I scooted down into my seat to get protection of the armoured plates, but just at this time a volley of flak burst through the floor of my plane and struck my leg.

I called Capt. Dudley Watson, our flight leader, and told him that my plane had been damaged badly and that I couldn't stay up long. At the same time, by some miracle, I continued to gain altitude. I headed for friendly territory — or rather, a clear spot. I managed to clear a mountain peak by a few inches and then my plane began to lose altitude. I was now headed for some trees in a valley. I had very little control, but managed to miss the trees and crash-landed into a small opening."

Lt. Roger Romine reported the incident in the official Missing Air Crew Report (MACR).
"He crashed nose up, disappearing into a cloud of dust about two miles in board on very rocky, hilly ground along the edge of a river gulley. On my second pass the dust had settled, allowing me to see the fuselage, sitting upright, motor less, wingless and tailless. ... The canopy was missing. Peasants were gathering around the plane, waving at me as I passed each time, trying to give me a message. They had something under a tree, around which (another) 50 people were gathered. With flaps lowered and moving at 150 mph, I could see that the plane body was in good shape, the people were very jubilant and evident Lt. Hutchins was unconscious but alive."

Hutchins picks up the narrative:
"When I came to, I found myself sitting at my controls with the engine of my plane lying several hundred feet away," Hutchins said. "My goggles were smashed on my forehead. My head was aching and my legs felt like they were broken. However, after examining my legs I found that they were all right except a deep flak wound on my left leg. I was pulled out of my ship by some Greeks who arrived at my plane shortly after it crashed. I walked a few steps, then passed out. Some men raised me up and began to walk me around. Then they put me on a donkey and walked that donkey around in a circle. They did this to restore my respiration. However my back hurt me so badly I begged them to stop. I was then carried to a doctor who rubbed my back with some home made olive oil, strapped me up and put me to bed.

The fleas had a wonderful time off me that night. The next day, I decided I couldn't live through another such night so I made plans to leave, though I was still in pain. I was taken into the city. There I gained transportation back to the base."

Hutchins returned to Ramitelli on 23 October and went back to flying operations. By the end of 1944, He was promoted to Captain. Hutchins was awarded the Distinguished Flying Cross, an Air Medal with four oak leaf clusters and a Purple Heart. 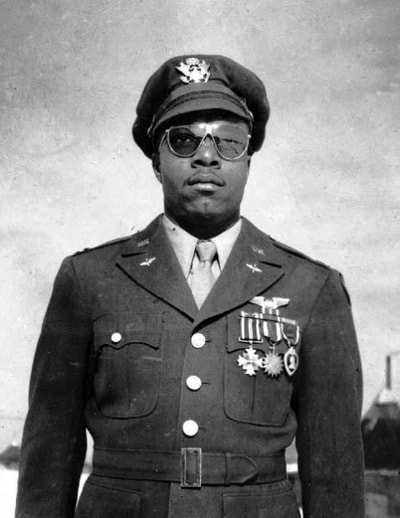 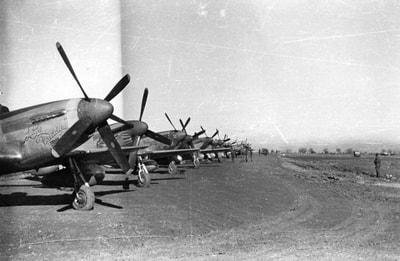 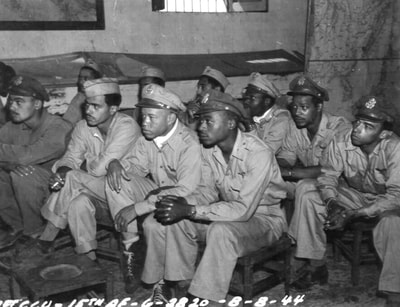 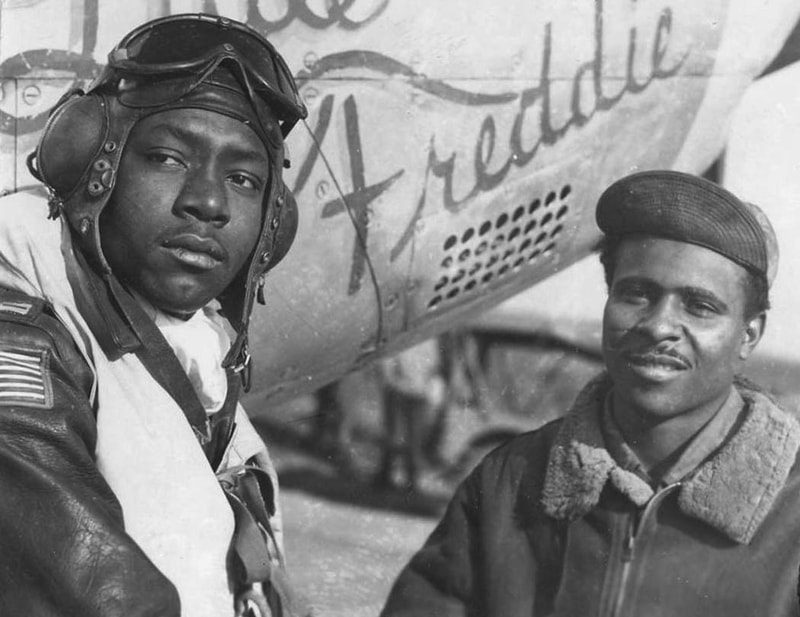 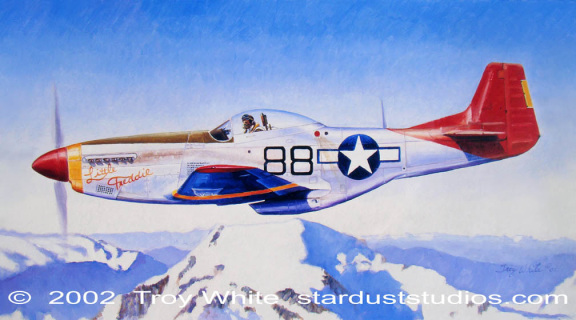 This painting is one part of a quadriptych featuring one plane of each of the four squadrons which made up the all black 332nd Fighter Group- the famed Tuskegee Airmen. "Little Freddie" was the personal mount of Captain Fred Hutchins of the 302nd FS, 332nd FG in 1945. Hutchins scored a single victory on 26 July 1944.