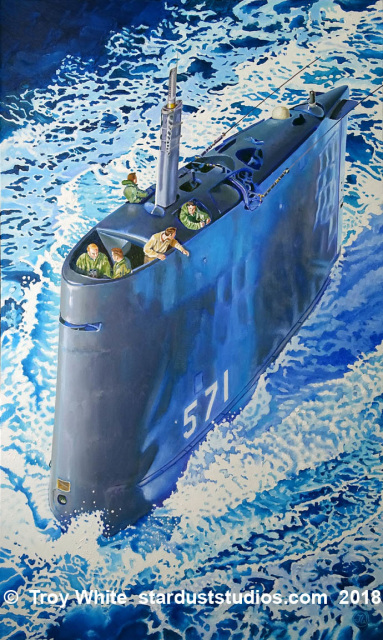 Open Edition Canvas Giclée Print Image size: 14"x24" The USS Nautilus SSN-571 underway on the surface with only the sail visible above the water. The USS Nautilus (SSN-571) was the world's first nuclear powered submarine. It was launched on January 21, 1954 and represented a revolution in submarine technology. In August 1958 The Nautilus became the first vessel to traverse the North Pole by sea, passing under the Arctic ice cap. The Nautilus was decommissioned on 3 March 1980 and in 1982 was declared to be a National Historic Monument.