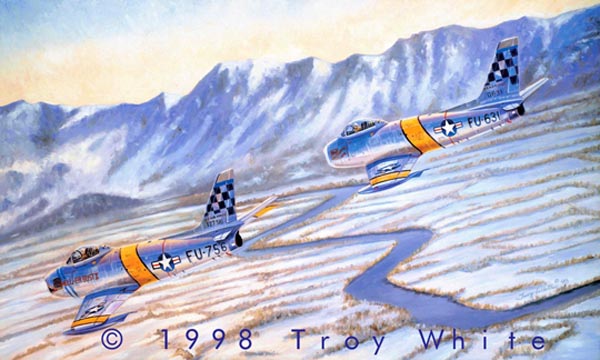 Captain Dolph D. Overton in "DOLPH'S DEVIL" and Lt. Col. Ed Heller in "HELL-ER-BUST X" head north to MiG Alley in search of  Soviet MiG-15s in early 1953. Dolph holds the record for having the hottest scoring streak for a jet pilot in the USAF. He officially downed five MiGs and damaged a sixth between January 21 and January 24, 1953. Dolph actually had three confirmed kills on January 23rd but that was the day that Ed Heller went down 150 miles north of the Yalu River. Dolph was flying on Ed's wing that day and as a result of this a desk flying officer at 5th AF Headquarters decided to make a scapegoat out of Captain Overton. The officer attempted to disallow all three of the MiGs Dolph destroyed because his gun camera footage showed the enemy fighters to be north of the Chinese border and went against the rules of engagement for that conflict.  This would have stripped Overton of his "ace" status. Fortunately this was not accepted by Headquarters but Overton was awarded only one victory instead of two. Dolph was transferred out of the 51st FIW on January 25, 1953 and sent home to the USA. When ground crews got wind of what had happened they threatened to mutiny and as a result no other pilots were punished. Captain Overton's awards include the Distinguished Flying Cross and four Air Medals. 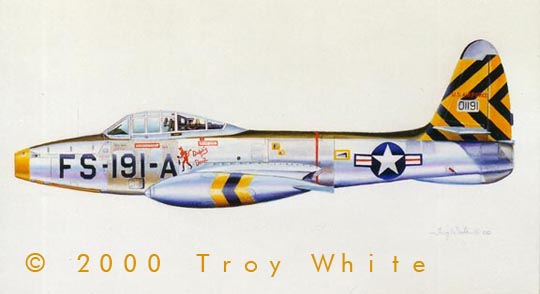 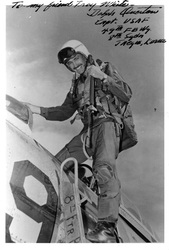 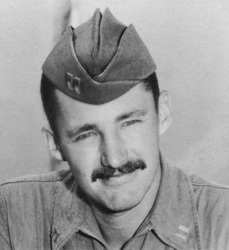 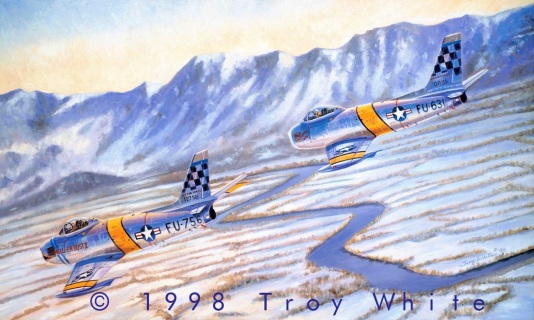